Living in Barcelona, especially in the upper area, is a luxury within reach of very few, in recent years many people from the rest of the world have realized how wonderful life can be living in a city so safe and with a Weather as nice as Barcelona. Apart from all these advantages Barcelona counts on exclusive schools and many of them International, where people coming from other countries can take their children and offer them a very high quality academic training.

Here we leave you a list of the international schools that you can find in the city.

The American School of Barcelona (ASB) is a private, international, non-profit, coeducational day school serving students from 3-18 years old in the greater Barcelona metropolitan area. All graduates earn an American diploma but the majority choose the IB Diploma Program, which grants them access to Spanish universities as well as to universities around the world. The school has scored above the IBDP world average every year since it started granting the diploma in 2009. In addition to its rigorous academic program, ASB is well known for its personal approach that fosters a ‘family atmosphere’, making visitors and stakeholders feel welcome. Since its beginnings in 1962, parents, students and staff have felt a strong sense of commitment to the school and community. ASB students come from 51 different nationalities, with the most represented being Spain, the US, the UK, Germany and France.

The Benjamin Franklin School prepares students for university in the USA, Spain and other countries. BFS has 580 students from nursery to Grade 12 and is very much a multicultural environment – around a third of the children are Spanish/Catalan, a third American and a third other nationalities. The school is divided into three divisions – Elementary School (nursery – Grade 5), Middle School (Grades 6-8) and High School (grades 9-12).

ES School follows an American High School program and offers preparation for US college and university applications. Set in a campus located within the Sánchez-Casal tennis academy, sports are an essential part of the school curriculum.

Founded in 1968, pupils at Oak House are taught according to the UK National Curriculum in primary school and the Spanish curriculum in secondary school. Puplis are accepted from the ages of three to 17. Elementary school is entirely in English and Spanish with Catalan introduced at the age of eight Oak House is British Council credited and aMember of the European Council of International Schools

Santa Claus Academy is a nursery and primary school for children from three to 12. Founded in 1965, it aims to ensure pupils obtain a good level in English, Spanish and Catalan.

St. George’s School Barcelona is a British school for children from 2 to 18 years of age. St. George’s Schools are fully authorised by the regional government and are members of the prestigious National Association of British Schools in Spain. They fully adhere to the British national curriculum, with their oldest children taking iGCSEs and then A levels.

Based near Tibidado, the John Talabot school is concertada (subsidised by the Catalan government). Children, from pre-school through to secondary level are taught in Catalan with full immersion in English. There is just one class per year and music and the arts are an important part of the curriculum.

Collège Ferdinand de Lesseps, founded by Ferdinand de Lesseps, is the oldest French school in Spain. Following the French education system, the school is for children from the age of three and is accredited by the AEFE (the association of French schools abroad). The school is divided into two campuses on C/Valencia and Gran Via de Les Corts Catalanes. There are approx. 460 pupils of which 54 percent are French.

The Deutsche Schule is an independent private school recognised by the government of Spain and accredited by the Ministry of Education in Germany. Pre-school is for three to six year olds. The Oberschule is divided in ‘gymnasium’ classes (classes seven to 12 with the Reifeprifung exam) and the Haupt and Realschule (classes seven to 10). Pupils can take the ‘Bachillerato’ (classes 11 and 12) and after the ‘selectividad’ exam can study at any Spanish or German University.

Founded in 1957, The English School is a small trilingual nursery and primary school where children can attend from the age of three until 12. It has a trilingual educational project, beginning initially (in nursery) with just English. In the primary school subjects are shared equally between the three languages. There are plans to begin a secondary school in September 2014.

The Escuela Suiza de Barcelona accepts children of all nationalities from the age of three to 18. The school follows the Swiss curriculum and teaching is in German with Spanish as a second language. Founded in 1919 there are currently 640 pupils at the school. Approximately half the teaching staff are German speaking and the other half Spanish. Both Swiss and Spanish diplomas are awarded.

The French Lycée caters for more than two and a half thousand pupils from nursery to baccalauréat. Pupils are taught according to the French National System of Education and pass the French academic exams and the “Selectividad”. All levels are taught in French with Spanish, Catalan and English as a major part of the curriculum. The school’s objective is to ensure that all pupils succeed in their studies and pursue their education in the country of their choice.

Located in Pedralbes, the Kensington School follows the UK curriculum. There is a pre-school for ages three to six and Spanish is taught from the age of seven in primary school. With the exception of French and Spanish teachers, all Kensington School teachers have obtained their qualifications and previous experience in the UK.

Princess Margaret School, founded in 1967, is a trilingual school for children  from age three until 16. At preschool (3-5) children are taught 85 percent in English, then 45 percent in primary and 25 percent in secondary.

The Istituto Italiano is a public Italian school that depends on the Italian Ministry of Education. The school offers education from six to 18 and all teaching is all in Italian, with Castillian, Catalan and English taught as foreign languages.

Founded in 1968 St Paul’s School is located in Pedralbes and offers nursery through to 18. Pre-school is taught in English and Elementary school introduces half a day in Castilian. The Bachillerato is mostly in Castilian.

The Zurich Schule offers an education in German, Spanish, Catalan and English to pupils from the age of three until 18. If offers small classes in a family atmosphere with a high value placed on sports and culture.

Ecole Bel Air is located just outside Sitges, between St Pere de Ribes and Vilanova. The school teaches in French, following the French curriculum. It offers education from the age of three until 18.

Following the British curriculum, the Olive Tree school is a small primary and secondary school. They only accept children with a high level of English and have a maximum of 12 children per class.

ISCAT, the International School of Catalunya, offers education to children from 3 to 18 years old and follows the English National Curriculum.  Catalan and Spanish are also integrated in the programme, with French as a foreign language. Our school is in la Garriga located just 30 minutes from Barcelona centre. We have a school transport service to and from Barcelona in order to accommodate families who require this service. Our mission is to offer a secure, nurturing and multicultural environment in which the intellectual, physical and emotional development of each student is optimized, respecting the language, culture and creativity of every individual. ISCAT uniquely offers Emotional Education as a subject for all students and endorses the Forest Schools approach at all levels.

International School SEK-Catalunya is part of the SEK group, founded in Madrid in 1892. The organisation today has nine different educational centres (including a university in Madrid and schools in Ireland and France). Its Catalunya campus is located on the edge of Montseny National Park, just outside La Garriga, around 25 minutes from the centre of Barcelona. It offers education from infant to pre-university level (three-18 years) in English, Catalan and Castilian. The SEK-Catalunya trilingual curriculum fulfils national requirements and the school is also authorised for all three stages of the International Baccalaureate (IB) programme.

Europa International School offers pre-school through to secondary (one to 18). The school follows the national Catalan curriculum as well as offering different international examinations throughout primary and secondary and the International Baccalaureate. There is a strong emphasis on language learning and the majority of the students are Spanish with a small percentage from the international community.

The Bon Soleil school in Gava school follows the French education system with English, Spanish and Catalan as secondary languages. Founded in 1969, there are currently 1080 pupils in the school and 71 members of staff.

Hamelin-Laie offers nursery through secondary education from 0 to 18. It follows the Catalan curriculum but teaching is trilingual (English, Spanish and Catalan). The school is around a 20 minute journey from the centre of Barcelona. It offers the Diploma Programa of the International Baccalaureate (IB) and it has a student residence (Six Lemon World) in the same enclosure of the school.

International private catholic and bilingual school for students between 1 and 18 years old, founded in 2001. It was born with the idea of offering an innovative, vanguard and distinctive catholic school with a high level of English within Barcelona. Nowadays, it is an international school which offers high-quality Spanish and English education to catholic students of different nationalities from infant school up to university, with the recognition of Cambridge University. The main teaching language is English, followed by Spanish and Catalan. The school also offers the students the possibility of choosing other languages such as French or German. More information on our website. 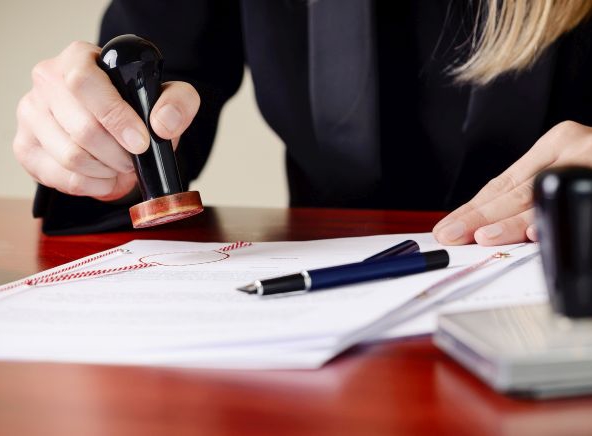 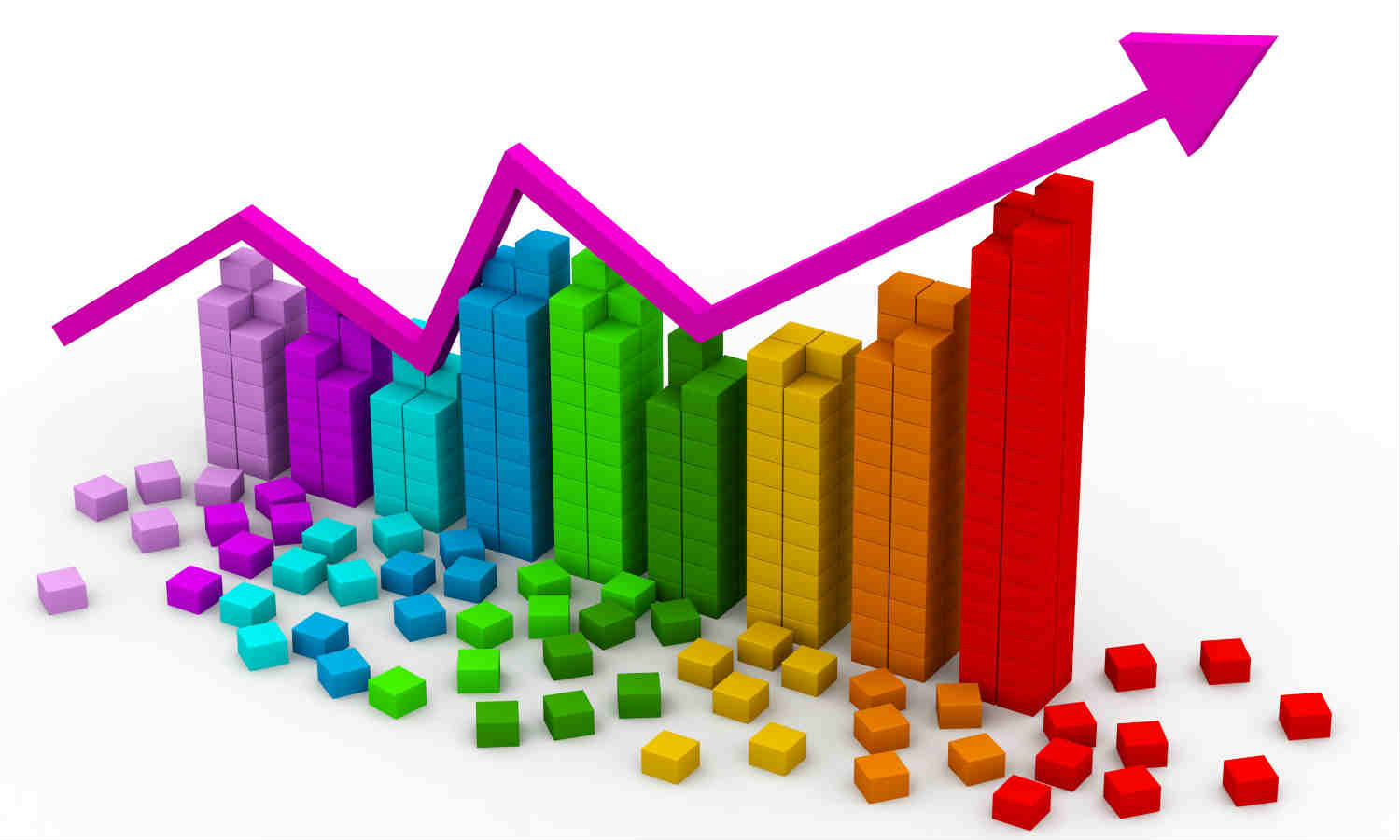